Experience Croatia through all your senses

We're taking you on a multiday tour that is sure to bring all your senses around; from immersion in a greenery of National Park of Paklenica, jeep safari on mythic Velebti mountain, adrenaline that will surge through your body once you jump from the highest bungee point in Croatia, till the pleasure when you feel good homemade wine caressing your throat, and then some prosciutto and cheese...Well, that's an experience!

1. Day
Upon arrival at Zadar Airport You will be welcomed by our representatives and transported by organized transport to accommodation in the center of Zadar. You'll have some time to refresh after which our guide will take you through the streets of the city to know the intriguing history of Zadar and its surroundings. Dinner is provided in the vicinity of the hotel, where you will be joined by a guide with which you will be detailed in the next few days. Return to the hotel and overnight.

2. Day
Breakfast at the hotel. After breakfast, transfer is organized to the Maslenica Bridge where the Land Rovers with drivers await us. On This route there are so many beautiful landscapes that we will often make stops so that your cameras can capture it. One of the stations is at the foot of the "Holy Hill ", where it is possible to see the wild horses living in the area. After a while we arrive at a height of 1000m and Hill "Tulove grede ". From here we have a stunning view of the entire Zadar region, the sea and the islands. Tulove grede, along the river Zrmanja, are the place where Winnetou films were filmed. On our tour we will use the old panoramic road that connects Obrovac and Sveti Rok, built during the reign of the Austrian Emperor Franz Joseph. The neo-classical church in his honor was built on the same road. At the end of the tour we arrive at the River Zrmanja. We Invite you to swim or walk along the river. Our last stop is located on the "Pariževacka Glavica" which offers a nice view of the canyon Zrmanja. Your Lunch will be served somewhere halfway on the old country estate. Late afternoon back at the hotel. The surprise on the way back is on the Maslenica Bridge – the longest bungee jump in Croatia with the sunset! The leap to the sea from a height of 315 m is an indescribable experience; you'll have the opportunity to try and describe it. Dinner at the restaurant Pece in Vinjerac; unique Mediterranean cuisine you have never tasted before. After dinner, return to the hotel.

3. Day
After areakfast transfer to National Park Paklenica. Due to its unique natural base, exceptional geomorphological forms and magnificent forests, the area of Velika and Mala Paklenica has been declared a national park in 1949. The main reason for declaring this area a national park was the protection of the most preserved and largest forest complex in the region of Dalmatia. The tour starts with the canyon of Velika Paklenica, a European and world famous place for rock climbing and hiking. This classic tour passes through the bottom of the canyon, a path that has been used throughout history for smuggling with Lika on the opposite side of Velebit. The Trail winds along the creek and besides the climb at the beginning, it is almost straight up to the mountain hut. Upon arrival in the 100-year-old mountain hut a warm welcome awaits us from the always pleasant and cheerful host that welcomes us with homemade brandy, tea and juice from Velebit herbs and honey. The tasting is followed by a traditional dish called "Peka ", a dish baked "Under the Bell " on the fire. After the meal we visit the place of the assembly, the area of houses built in the walls of rocks. Afternoon transfer to Zadar. Dinner at a nearby restaurant and overnight in the hotel.

4. Day
Breakfast at the hotel. After breakfast transfer to the port of Gaženica where we are waiting for boarding on the ferry to the place Brbinj on Dugi otok. The guide is waiting for us, the van and the kayaks are here! Transport to the nearest cove, where you will change into suits and jump into kayaks. We visit the most interesting parts of the island of Dugi Otok, including the Golubinka Cave and the location of the submerged boat. We will dine at the campsite in Veli Rat where you will be sure to lick and ask for more... ThebBeauties of Dugi Otok are countless, ending with the traditional game of picigin on one of the most beautiful beaches in Croatia, Sakarun. Transfer back to the ferry and back to Zadar and the hotel. Dinner at the hotel.

5. Day
After breakfast transfer to NP Paklenica. This time we want to present to you the canyon of Paklenica in a different way – from above...Our professional guides can take you where you want to go, from the teachings of the first knot, in the beginner's rise, to the few days ascent to the famous Anića Kuk for more experienced, but we will leave it for another time. Now, depending on your knowledge, we will organize introductory training and shorter ascensions to the rocks at the entrance to the park. From morning climbing, you'll probably get hungry, but we have a ready-made refreshment to guide you through the day. After climbing, the transfer is organized to Obrovac where we take you to Mićan's Court and the pleasure of riding through the mountainous landscape. In the pleasant rural ambience of Mićan's Court you will surely relax and have fun. Here you will enjoy selected autochthonous dishes of Croatian cuisine prepared in a traditional way. After dinner return to Zadar to the hotel.

6. Day
Breakfast at the hotel and after breakfast we participate in the Zadar Outdoor Festival in the kayak race! You already had training a few days ago so you will be super ready for this experience. From the hotel by a leisure walk we reach the Zadar waterfront from where the kayak race starts. To warm up we paddle to the popular beach caled Puntamika where from teh reace starts. 2000 m to be covered as fast as possible. Fun, fun, fun! Winner awards given at the end of the day after which you have organized transfer to the hotel. In the evening there is a party where all the participants of the festival will have some good, relaxing time! After the party, back to the hotel.

7. Day
Time to say goodbye...Breakfast at the hotel, and transfer to the airport..

What is not included? 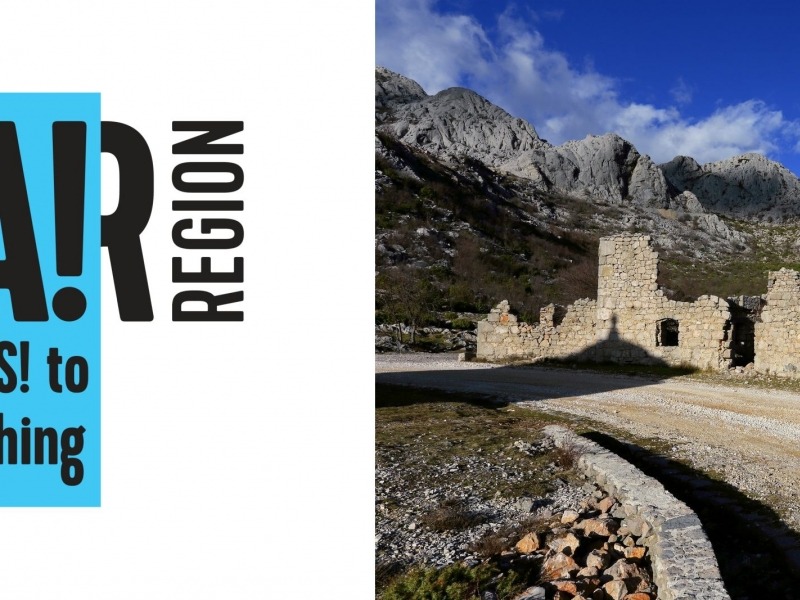 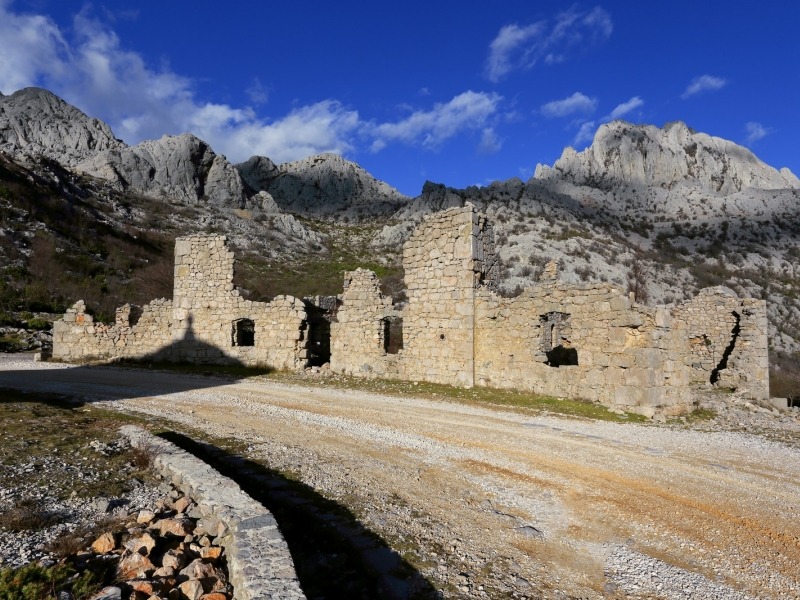 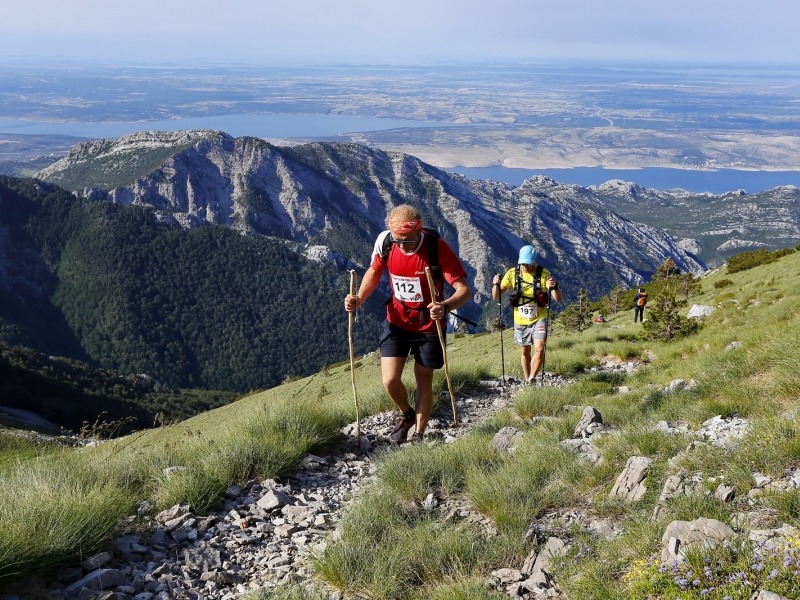 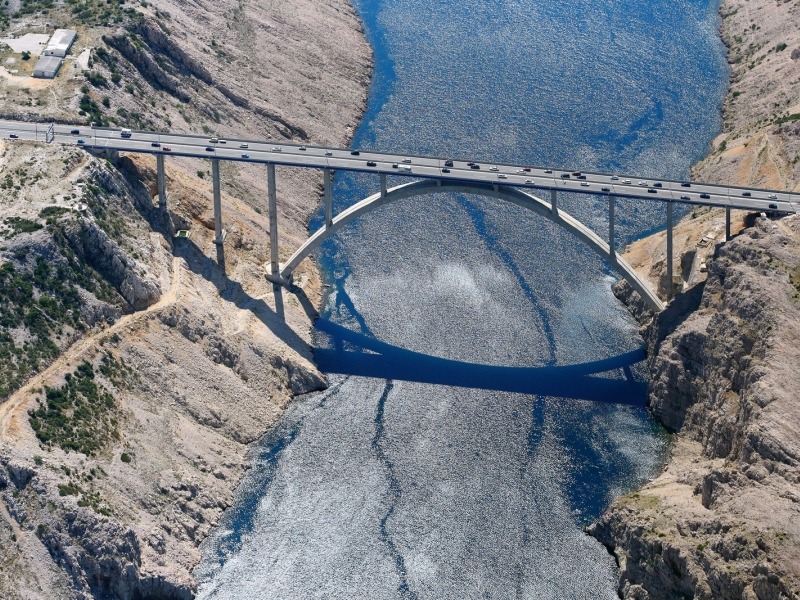 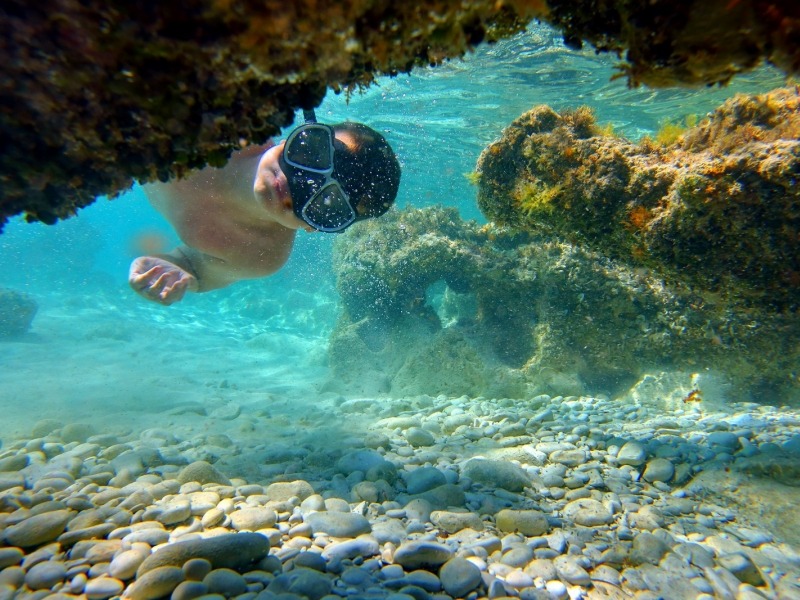 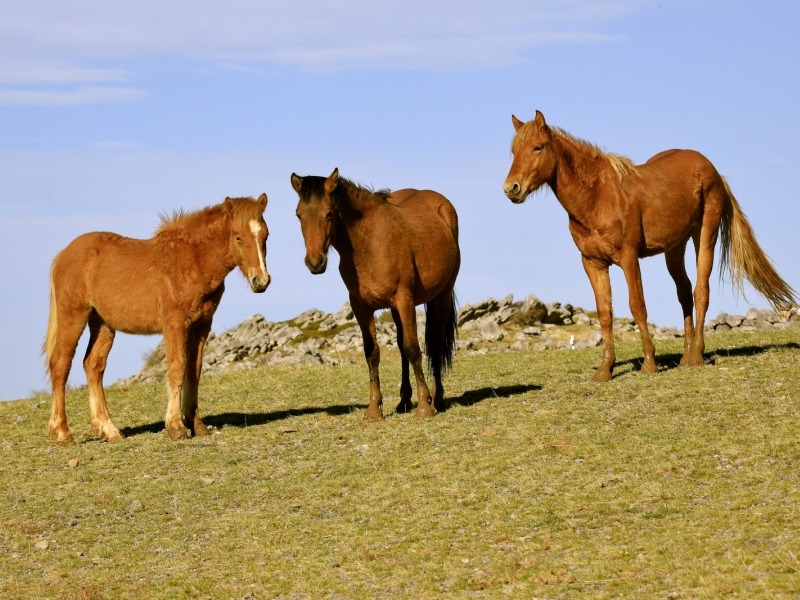 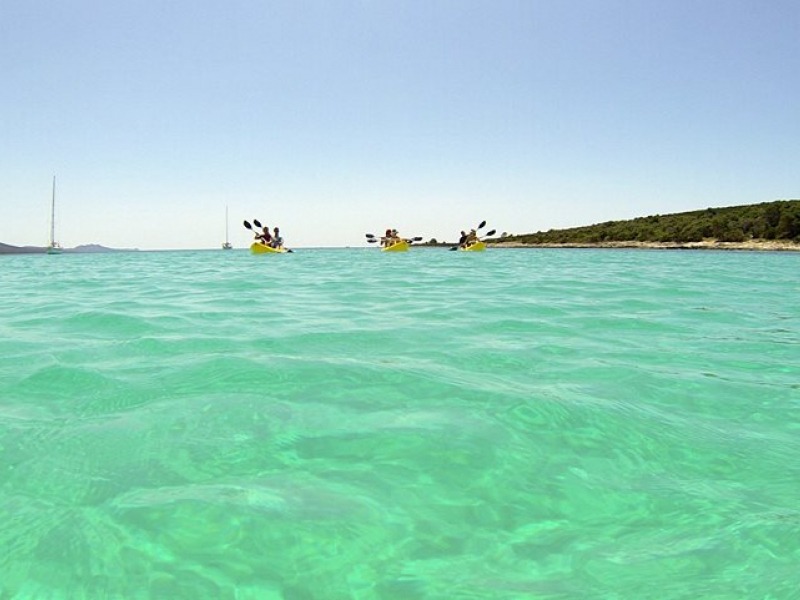 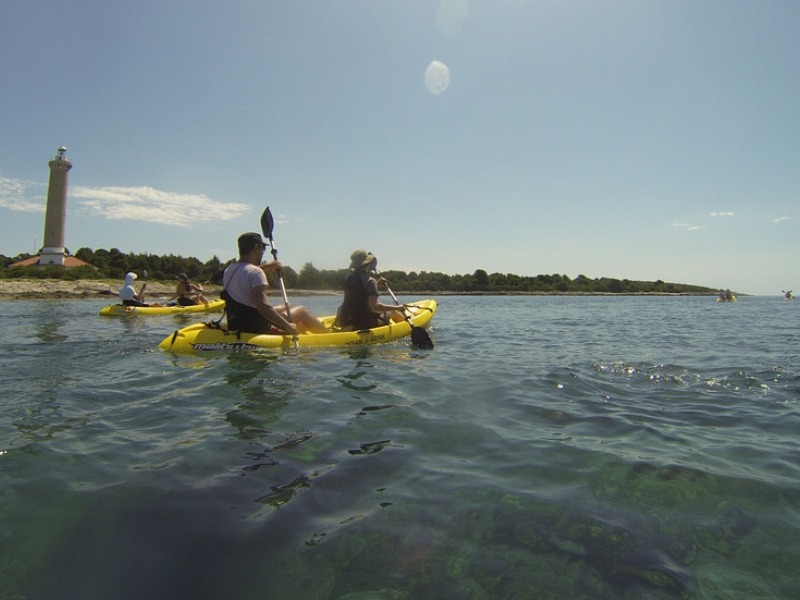 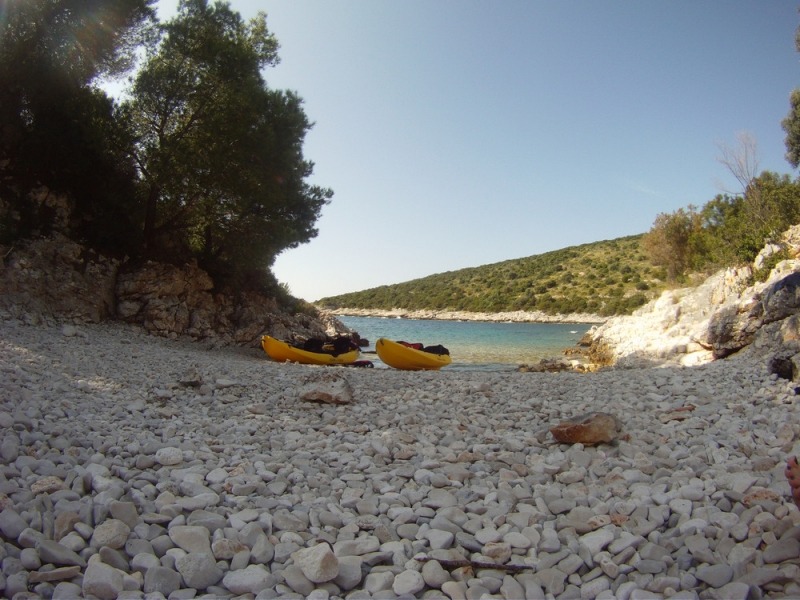 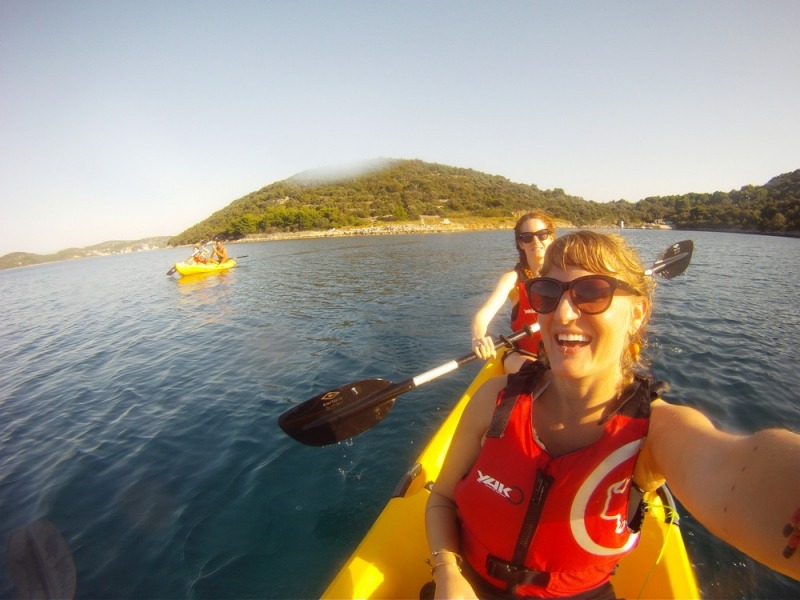 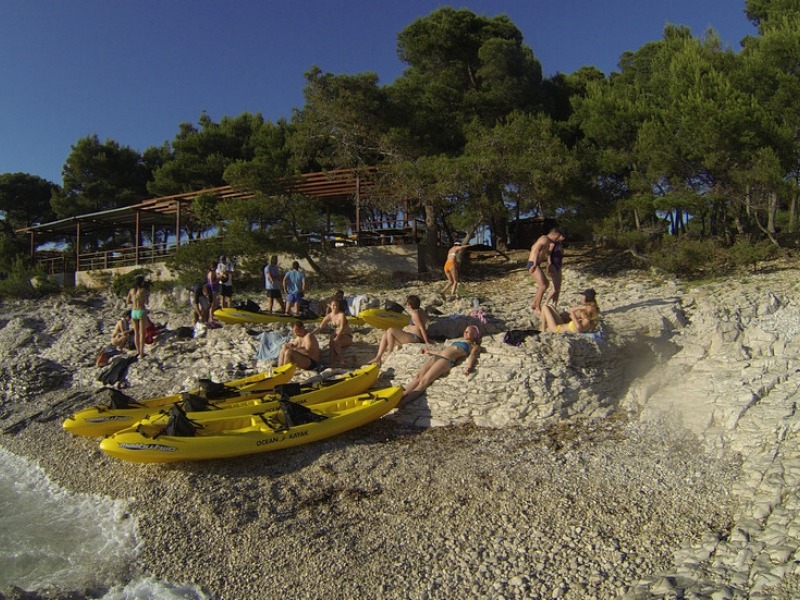 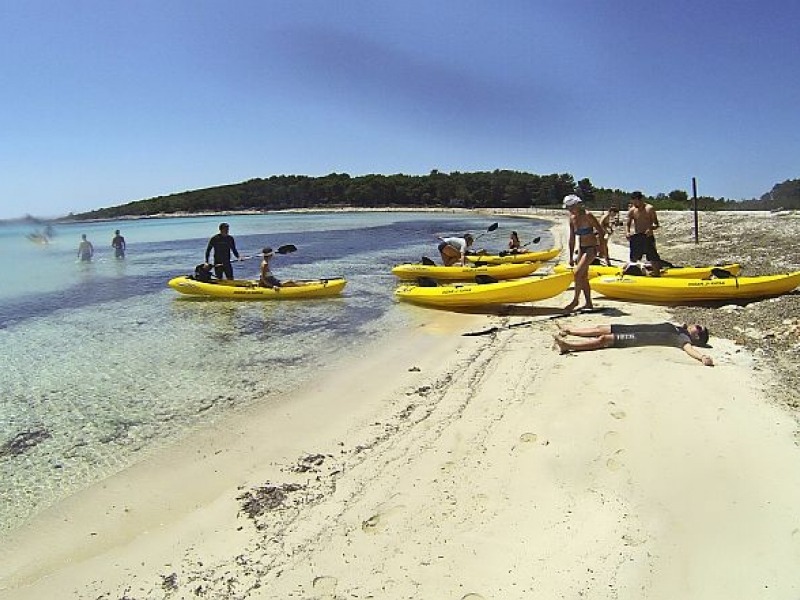 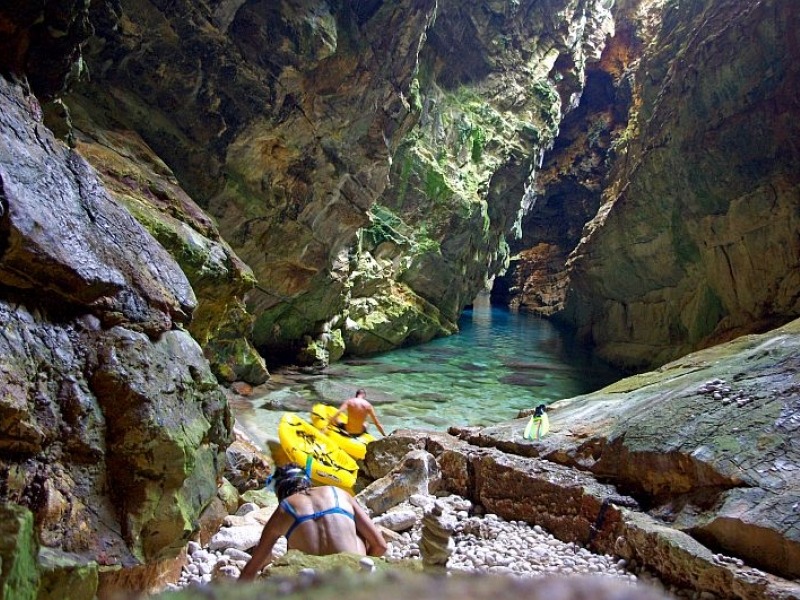 Ask about availability & get an offer

Swim in the National Park of Kornati

Not a good fit for you? 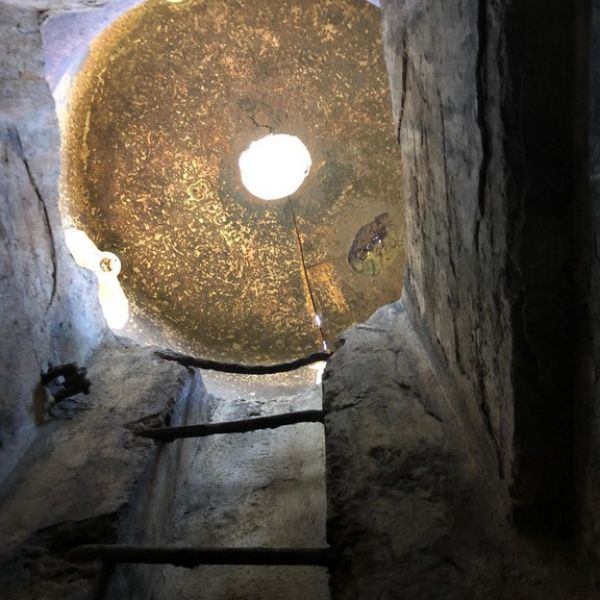 WAR TOUR ZADAR or HOW ZADAR REFUSED TO FALL 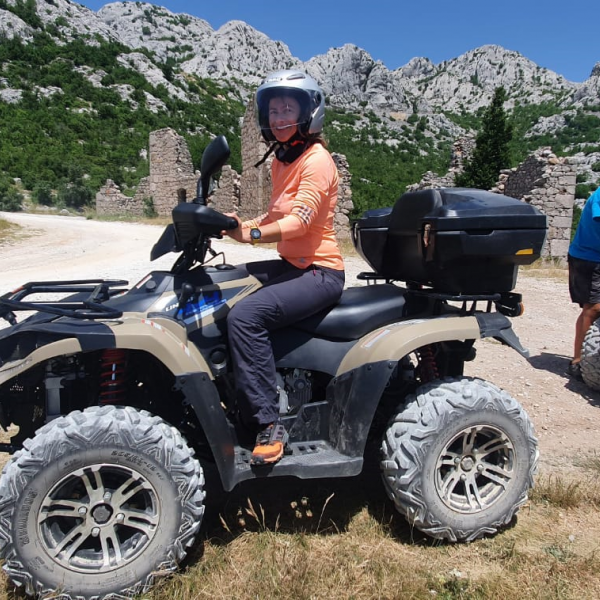 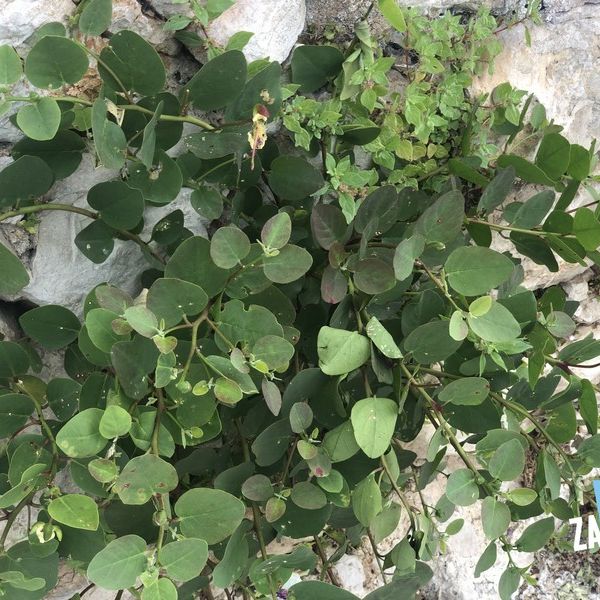 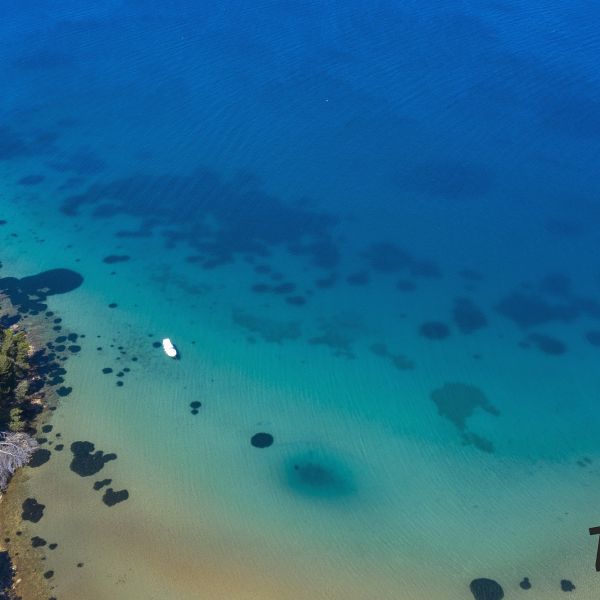 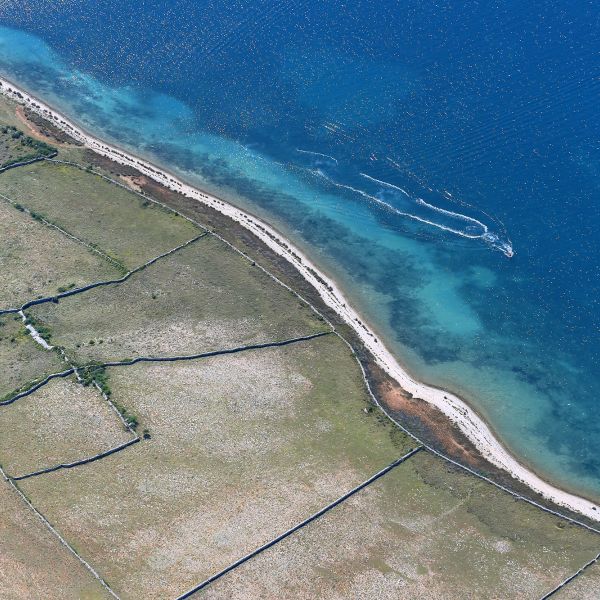 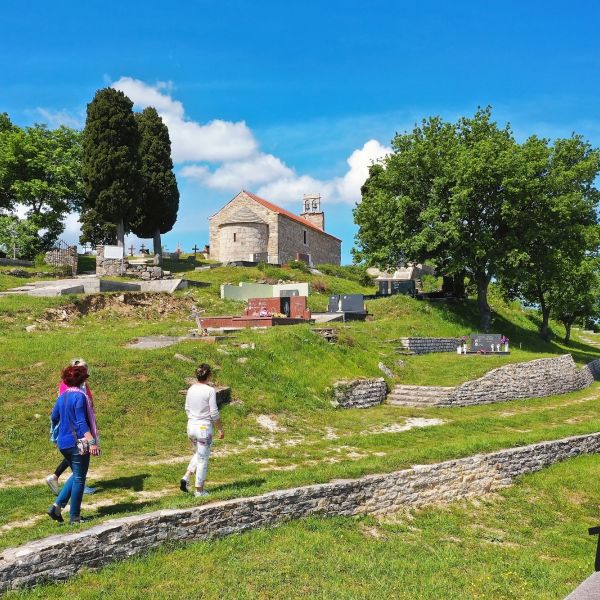 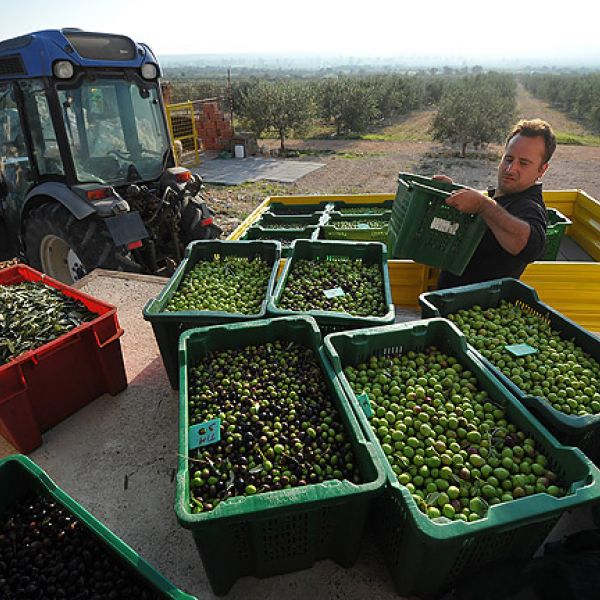 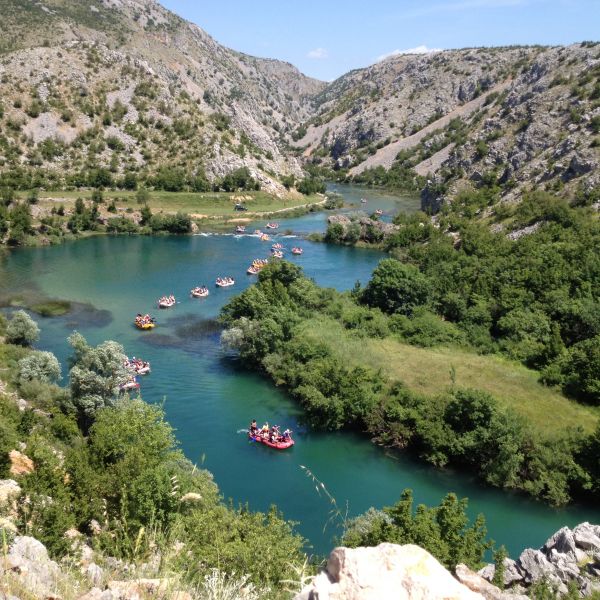 Rafting/kayaking on Zrmanja – the green beauty cut into mountain 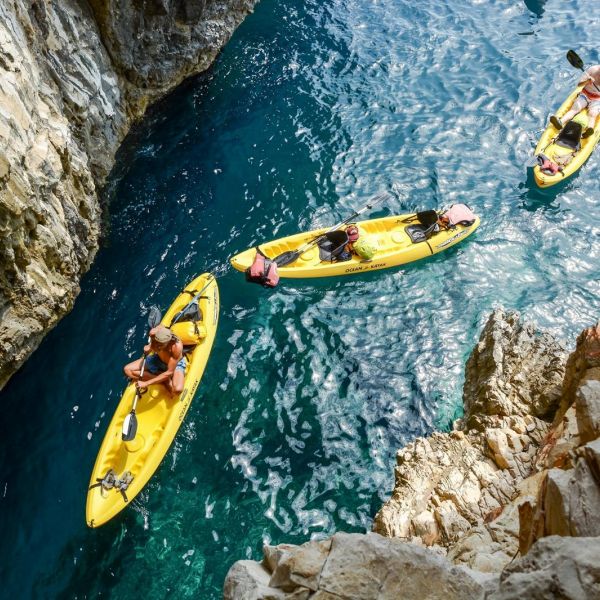 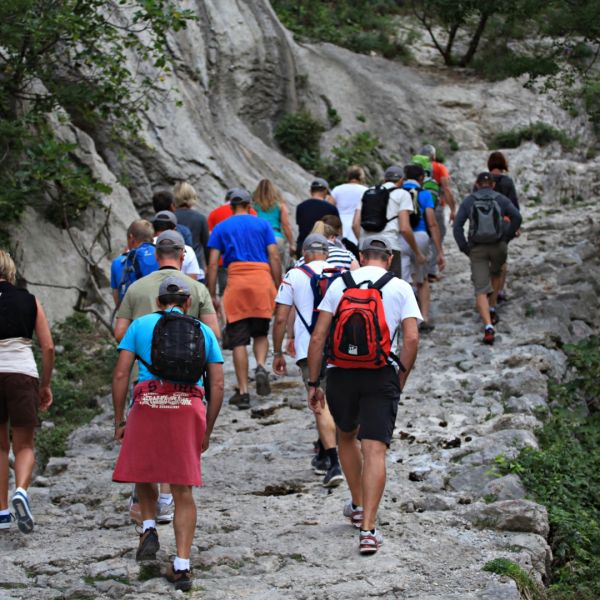 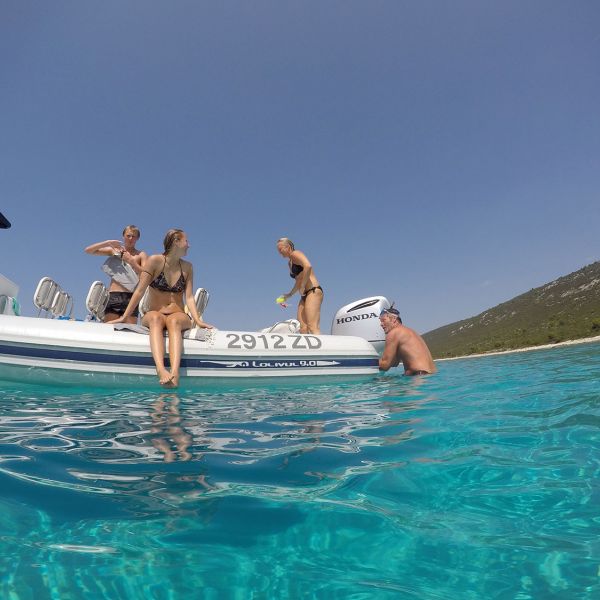 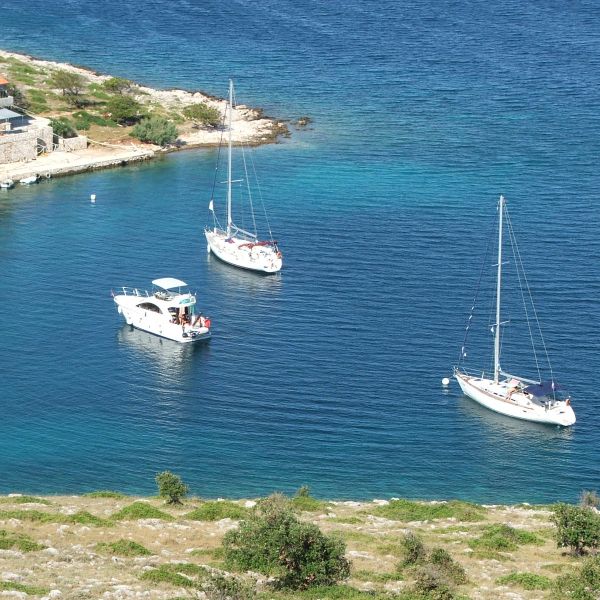 Swim in the National Park of Kornati 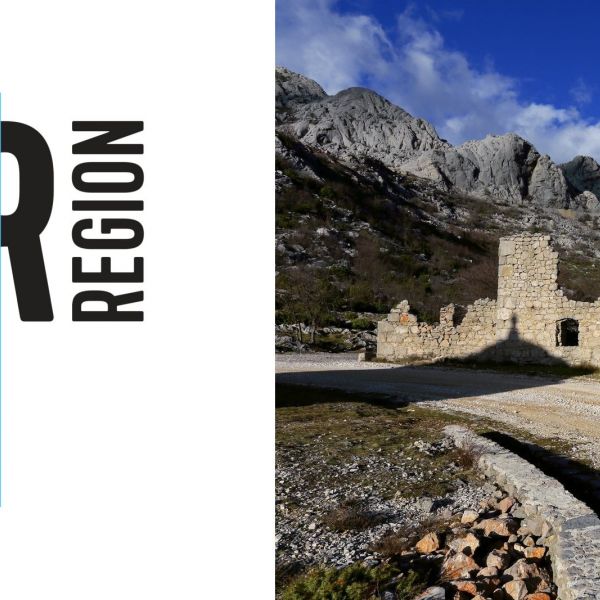 Experience Croatia through all your senses